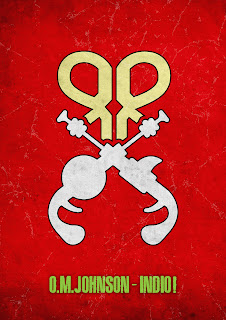 I’ve gone atomic so get all these tourists out the fuckin’ way,
My electronics are busted and fried on re-entry tonight,
Entombed in your twenties, you feel like you’re dead,
The nail in your coffin is staying in bed,
And when you think that it’s over, sing suck on my supernova. –
Suck on My Supernova, Raygun Roads & The Kittelbach Pirates

My next comic book is called ‘Raygun Roads & The Infinity Loop Death-Trap of Ullysses Pomp’, and it wants to kick you in the teeth.

Raygun Roads is a psychedelic science fiction comic concerning an imaginary pop-culture icon who – along with her cosmic punk band The Kittelbach Pirates – kidnaps Vince Paradise; the teenager that concocted her.

Exploding through the wall of the job-centre in their Suicide Machine, The Kittelbach Pirates rescue Vince from murder at the hands of his personal spiritual virus, D-Void. Raygun and Vince take a road trip through his psyche with the intention of assassinating Ullysses Pomp – head of D-Void and mastermind of The Infinity Loop Death-Trap, a mechanism with the power to destroy all teenagers.

A full-colour 7’’ flip-book, Raygun Roads & The Infinity Loop Death-Trap Of Ullysses Pomp is our love letter to vinyl records, outsider ‘beat’ culture, and the transformative power of pop music. It’s a satire on the state of youth unemployment and the government’s failure to take responsibility.  It’s just a piece of candy-floss nonsense.

Do you feel neglected? Then it’s time to get infected!

Ripping up the pages on this little bastard: one of my favourite artists of all time. INDIO! Set awe-receptors to stun! 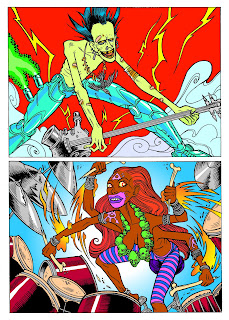 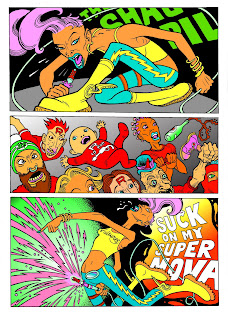 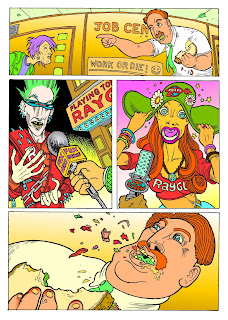 We’re joined by Andy Bloor on design. Andy’s design work has always floored me, so it’s a real boon he’s kickin’ out the jams with us. And then there’s Mike Stock – a relatively new discovery for me. His work for ‘Dead Roots’ and ‘Vs Comics’ is killer, so hit the guy up ASAP.

We’re in talks with a few publishers about putting out Raygun but if none seems like a right fit (or no one wants to buy it) we’ll go self-published, embracing the DIY ethic of punk rock!

The comic is the source, the vendetta, and the cure. Having said that, disciples of our day-glo little cult shall be rewarded with viral marketing! Merch! Trans-media treasure!

I’m working closely with Ben Johnston, the guitarist of the band Birds Vs. Planes, to create a soundtrack for the project that will be available to download free on the internet. This came about during the writing process, when the desire to listen to an album by The Kittelbach Pirates became so strong we decided to invent them. Consuming both the comic and the album will not be essential to the enjoyment of them separately (they function independently) however the music compliments the visuals and timeline dictated by the book. In theory...

Here, have some more art! 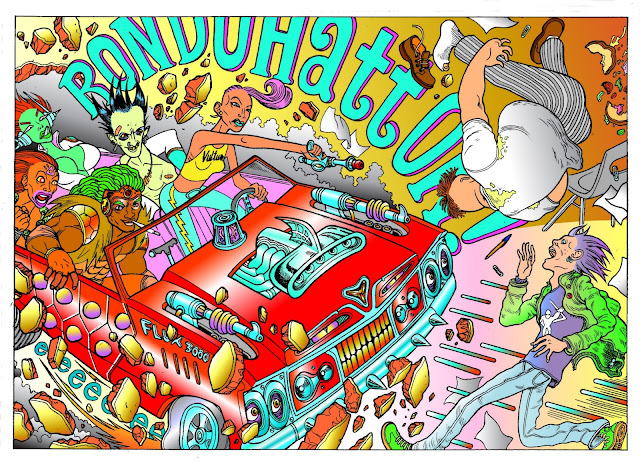 Raygun Roads & The Infinity Loop Death-Trap of Ullysses Pomp is scheduled for launch at Glasgow Comic Con in July.

I sincerely hope you want to get kidnapped.

Posted by Owen Michael Johnson at 16:16