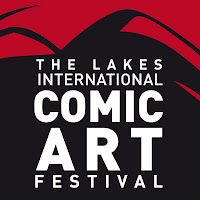 Since January I’ve been on the organizing committee for the first ever Lakes International Comic Art Festival, to be held in my home-county of Cumbria between 18th-20th October. One glance at the festival website will give you a clue as to the caliber we’re aiming for with this show, all spear-headed by the magnificent Julie Tait and founder-patrons Bryan & Mary Talbot as well as local hero Sean Phillips. Here’s Bryan’s wonderful festival poster to whet your appetite. 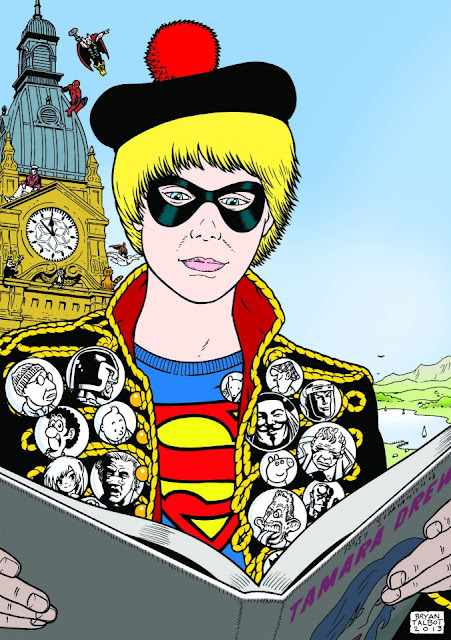 Off the back of my work on the Megacon event last year (see below), I was approached to join the team, and what a team it is! Everyone’s been ridiculously supportive and I’m very excited to be part of what is shaping up to be a truly special event.

My designated role is that of Independent Talent Co-ordinator, and involves working closely with media, marketing, and logistics (as well as the hundreds of astounding artists, writers, publishers who have been in touch) to curate a British festival in the mould of European comic’s celebrations. I will also be facilitating the Comics Clocktower; an independent and small-press marketplace taking over Kendal town-hall for the whole weekend. Here’s a snippet from my website press release: -

The mission of this portion of the festival is to champion breaking talent of all styles and genres. We believe these creators are pioneers of a new wave of innovation in the field of comics and graphic storytelling. We are striving to celebrate them, and in the process introduce their work to a whole new audience. For Cumbria, The Lakes International Comic Art Festival is an event of unprecedented scale, held in an area of outstanding natural beauty – an area largely unfamiliar with the exceptional art being produced on its doorstep. We aim to change that, for good. Accessibility and originality is encouraged, and there is an emphasis (although not exclusivity) on creators working or living in the North of England.

Details on how to become part of the Comics Clocktower, and the festival in general, can be found on the contact page of the website.

There is bound to be more on this in the coming months, but for now, I’d like to express my gratitude to Julie, Bryan, Mary and Sean, as well as the rest of the great Comic Art Fest team for being so welcoming and generous. A lot of work to be done, but I’m thrilled to be involved with this.

Hope to see many of you there

Posted by Owen Michael Johnson at 16:34