I picked up a bunch of books from fellow exhibitors at Glasgow Comic Con last month. I very much enjoyed all of them. I shine some light on those I was taken with the most below! 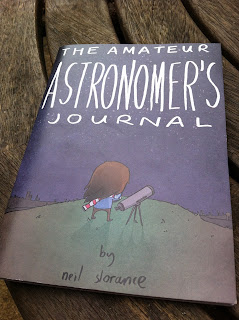 God I loved this book. It’s beautifully packaged. It’s charming and tender. It’s effortlessly illustrated. The thing has a lovely arc. It remains intelligent and informative throughout; the whimsy conceals a reassuring depth of knowledge on the topic of astronomy. It also weaves miniature memories into its narrative. A thoroughly optimistic and generous piece. 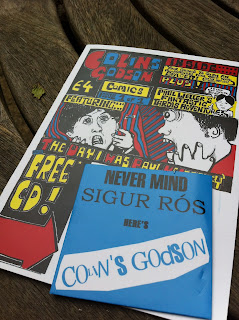 Brilliant and knowing mash-up of underground comics and punk music (with a CD and everything!). Vivid and psychedelic, dense and compact. This kept me going for hours. Really inspiring, I’ll be sure to pick up the back catalogue in a heart-beat.

Favourite bit: The Day We Went Into Space 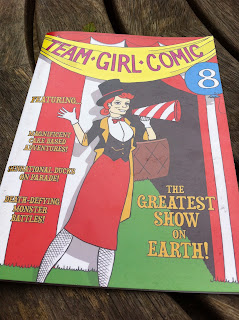 Eight issues in, and the Team Girl Comic collective continues to produce idiosyncratic independent comics. Witty, observant and honest. An anthology that strives to provide something different and interesting without resorting to poe-faced soul-searching. Simply put, there should be more stuff like this out there. 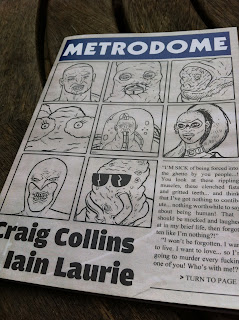 This book genuinely made me chuckle to myself during an agonizing cross-country bus journey. For those unaware, the basic premise of Metrodome is to mash together and combine random words selected from an issue of the London Newspaper The Metro as inspiration for inventing weird characters that then battle each other in a death-match. Thus the birth of wonderfully surreal creations like The Exploding Ghost, Sewer Vision, and Sparkling Tumour. These really have to be seen to be believed. It’s an inspired idea that produces joyful results. The end battle is utter chaos, and I would have been satisfied with an entire book of single image illustrations featuring such bizarre characters. Thrilling. 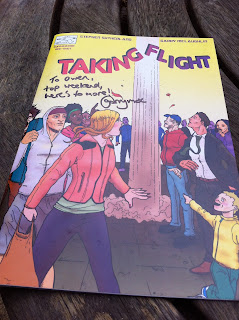 I’m not normally one for independent superhero books. It’s a record scratched on warped with overuse – thanks to the previous efforts of Morrison and Millar. Having said that, I thought there was something new in this one from Laser Age Comics. Crisp, clean and confident, with eye-catching colours. Garry McLaughlin’s art has a Quitely – but to a greater extent Chris Burnham – vibe to it.


GEM OF THE SHOW:
AND THEN EMILY WAS GONE By John Lees, Iain Laurie & Colin Bell 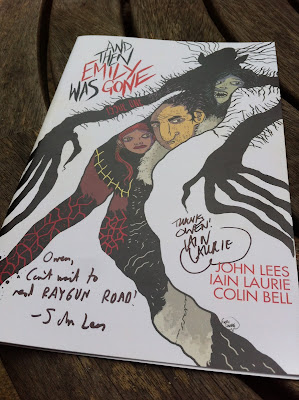 This was a wonderful, twisted little surprise. A David Lynch air throughout, it made me feel itchy and uncomfortable, which is the highest praise I can bestow. John Lees’ script is tight and mysterious, with a few curve-balls that really add to the sense of hyper-reality. The off-kilter energy. The real stand-out is Iain Lawrie on art duties. Equal parts Paul Pope, Nick Pitarra and Morgan Jeske (this reminded me frequently of Jeske and Ales Kot’s Change). Despite the content raw as a picked scab, the presentation and print quality is supremely professional. Extremely impressive. Find a copy.

Great books, worthy of your attention.