On Sunday October 19th, I will be introducing a very special screening of the cult British film, Son of Rambow, at an event held at The Alhambra Cinema in Penrith, Cumbria. 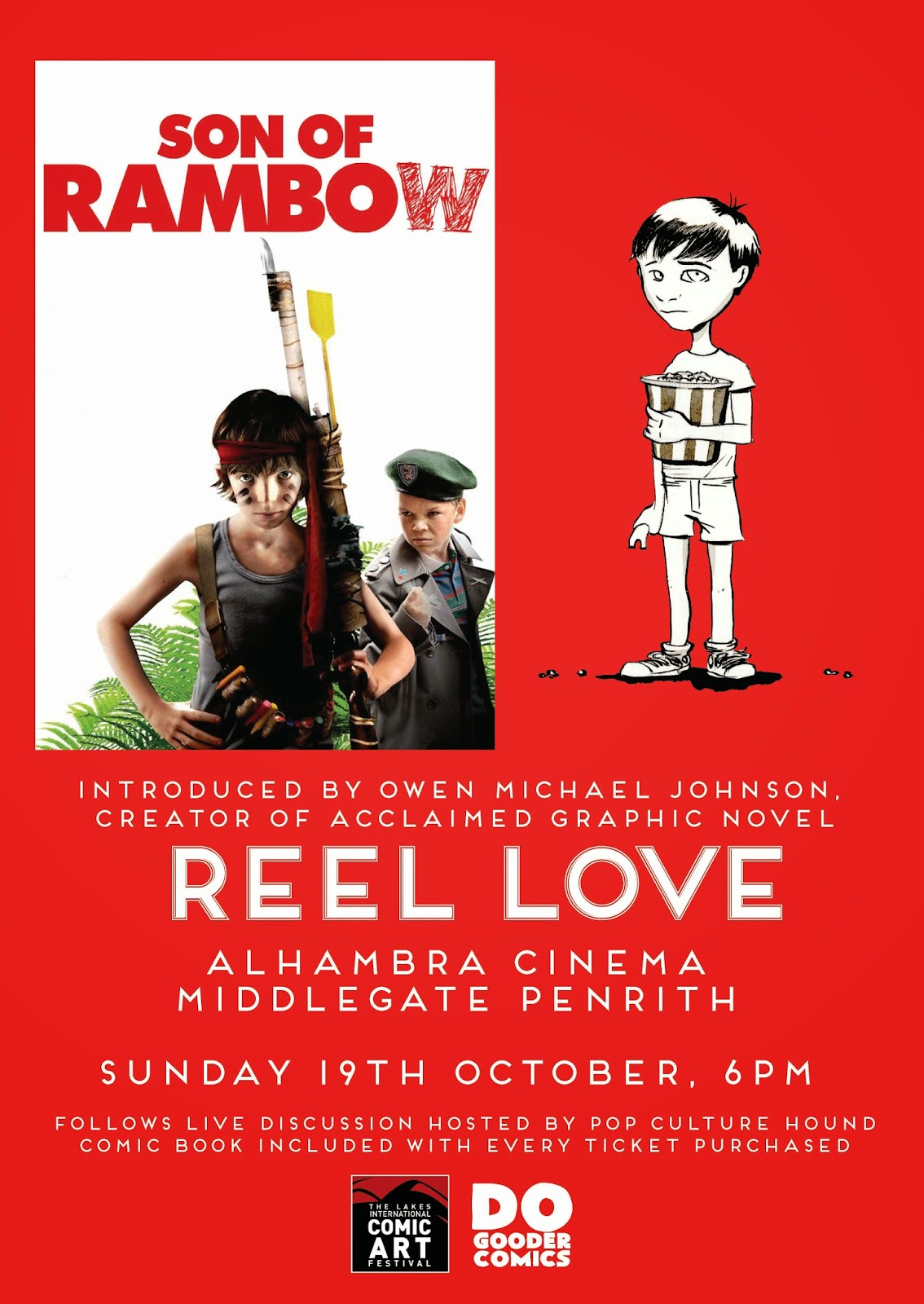 Hosted by Chris Thompson of Pop Culture Hound fame, the event is supported by The Lakes International Comic Art Festival (more on which later), and involves a live discussion with myself about films, comics and the process of creating a comic about films. I'd also like to ask everyone about the first time they went to the movies. I will then sign and sketch books for anyone who would like such a thing to happen to their books, and then we all get to watch a great film.

Each ticket purchased includes a copy of Reel Love Act One.

The Alhambra is the cinema I grew up with. It has a lot of history, and a very special place in my heart. I'm very much looking forward to returning to celebrate the comic book that was inspired by my visits. Matthew, Alan and the whole staff always go above and beyond for their events (not long ago they screened Backdraft to raise money for the local fire service).

I'm very much hoping people from my home town turn up, regardless of whether they are comic fans or not. Everyone is welcome!

If you'd like to book tickets to the event, you can contact the Alhambra box office on the below details:

The event at the Alhambra will be a great way to close out the Lakes International Comic Art Festival in Kendal that weekend.

I'll be signing Reel Love in the Kendal Waterstones between 2:30-4pm on Saturday 18th October as well as appearing in The Comics Clocktower all weekend. Do drop by if you're checking out the festival. It already promises to be bigger and better than last year.

Posted by Owen Michael Johnson at 05:39