Very proud to announce this! 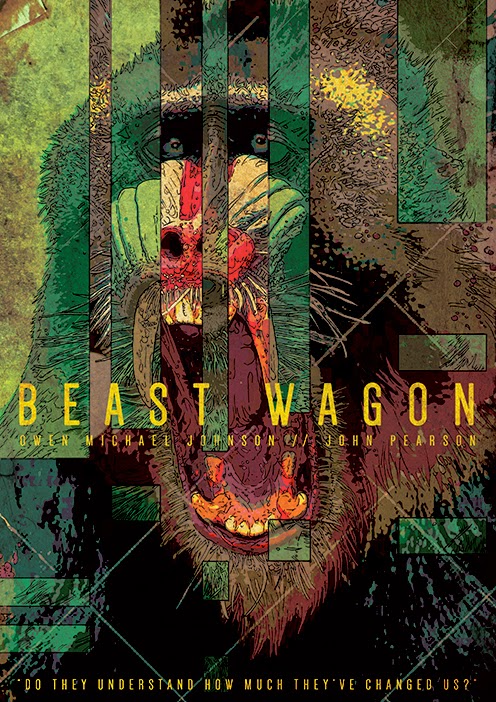 The co-creator of cult hit Raygun Roads and the critically acclaimed coming-of-age tale Reel Love has described Beast Wagon - scheduled for release in 2015 - as 'One Flew Over The Cuckoos Nest with talking animals...' and promises 'an examination of systems and control. This preview is an intense little introduction to the book we're making. John is an honest artist. We're pushing each other, creatively, into dark waters.'

Pearson, an illustrator heralding from Leeds and one of the contributors to the CULT exhibition at Orbital Comics in April, said 'Beast Wagon will be a debauched tale of insanity. Owen has pulled out the stops to explore madness and frustration across many complex layers. I've been scooping out my mind to put together a collection of images that feeds into the vision of hell we've had. Madagascar this is not.'

Released under Johnson's Changeling Studios imprint, the preview will be lettered by Colin Bell (Dungeon Fun) and available at Thought Bubble Sequential Arts Festival, which is held in Leeds this November.


Posted by Owen Michael Johnson at 08:30